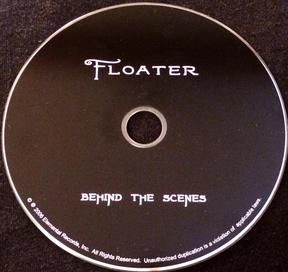 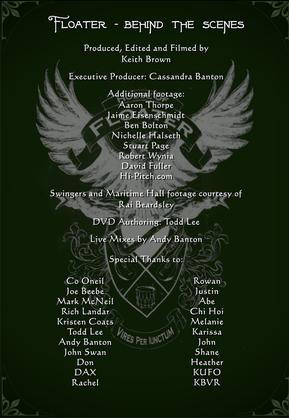 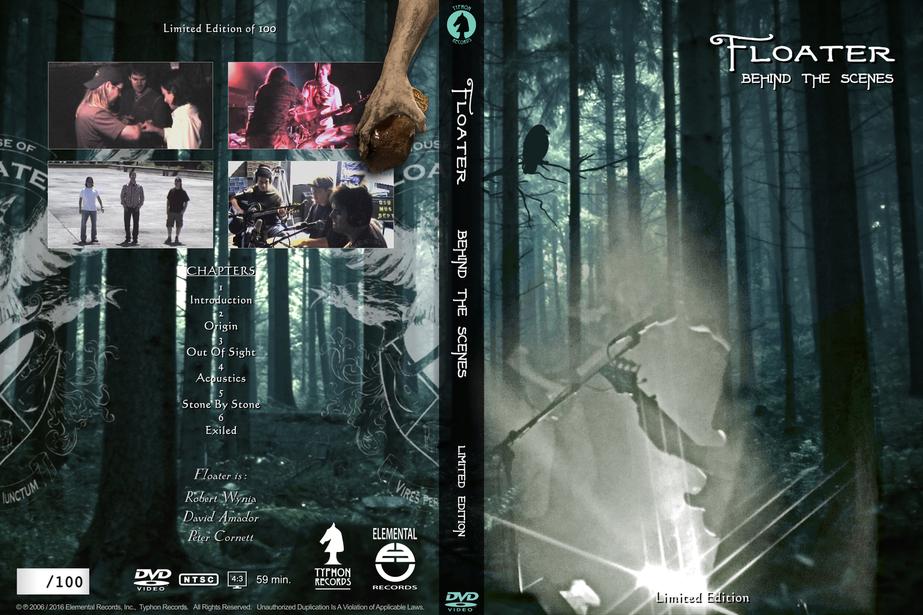 Floater's one hour DVD "Behind the Scenes" was included with the first pressing of Stone By Stone. Released again in a hand numbered Limited Edition of 100 copies on October 31, 2016.

Produced, filmed and edited by Keith Brown, features some live performances and a short history of the band, but mainly focuses on the Acoustics and Stone By Stone recording sessions. Below are some screenshots from the DVD.

Behind The Scenes DVD