Floater has announced an ALL AGES show on Saturday, December 31st for New Year's Eve at the McDonald Theatre in Eugene, OR. They will be performing Pink Floyd’s “Animals” album in its entirety, followed by a performance of Alter in its entirety as well. Tickets are on sale here.

Floater has announced an ALL AGES show on Saturday, December 3rd at the Crystal Ballroom in Portland, OR, where they will be performing Pink Floyd’s “Animals” album in its entirety, followed by a full Floater set. Tickets are SOLD OUT.​

Robert Wynia is performing a solo show on Saturday, August 27th at Jack London Revue in Portland, OR.

Floater will be playing an acoustic show on Friday, July 8th at General Duffy's Waterhole in Redmond, OR.

Floater has announced a show on Saturday, July 9th at The Knitting Factory in Boise, ID.

Floater has announced a show on Saturday, June 11th at General Duffy's Waterhole in Redmond, OR, performing with Lit.

Robert Wynia has released the track "Always Laughing" featuring Peter Cornett on Bandcamp. As listed on the song page "Written just after the creation of Floater's album "Wake" and featuring a rare recording of drummer Peter Cornett on classical guitar, this song never found a home on later Floater or Robert Wynia albums. As a tribute to the late Cornett's musicianship, it is offered here as a single for your listening pleasure."

Founding member and original drummer Peter Cornett passed away on November 20th, 2021 at his home in Eugene, OR. Peter was 53 years old.

Floater has announced a 21+ performance at The Crocodile Second Stage in Seattle, WA (new location at 2505 1st Ave.) on December 18th.

The Scrapbook page has been updated with a ton of new content clipped from scanned issues of WOW Hall Notes from 1993-2020. Articles, interviews, mentions and monthly calendars! Matt Skeels has scanned the entire run of WOW Hall Notes covering Floater's every appearance there!

Mark Powers and Robert Wynia have launched a new podcast available on most major platforms. Links can be found on the IgniterPod.com website!​​​ 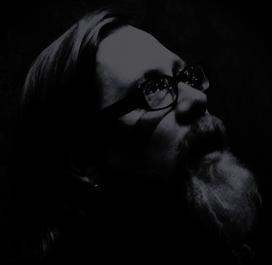